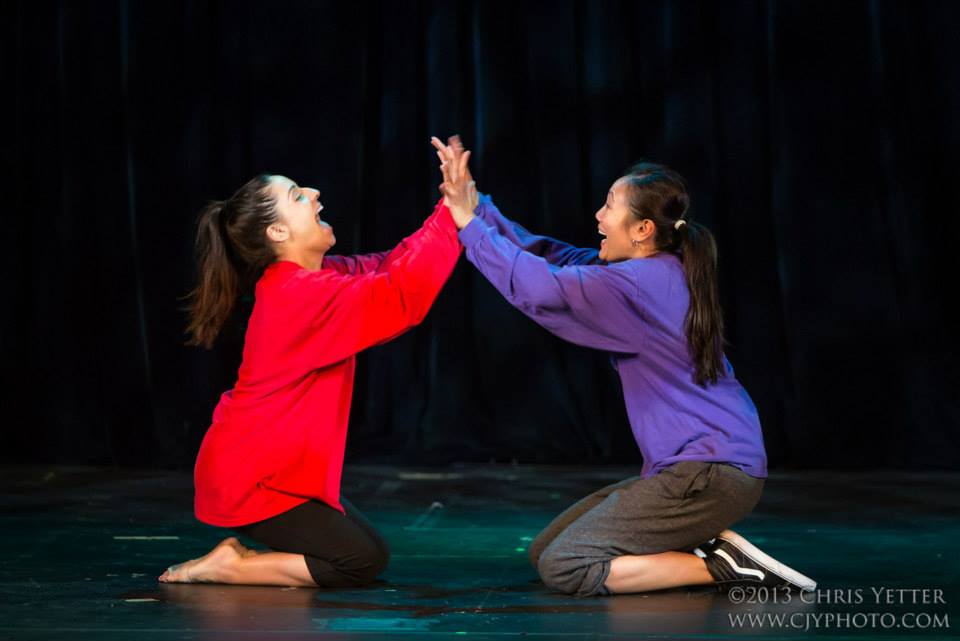 The shoulders we stand on…

In 1992, Anna Powers and Laura Lee founded Diversity Dance Workshop (DDW), a performing arts organization that developed in youth from all over the world an understanding of humankind’s interconnectedness. The organization provided training and opportunities through drama and dance to confront current social issues such as racism, inequality, violence, and substance abuse, and spread the healing message of unity in diversity.

Since its conception, Diversity Dance Workshop brought its message to over 750,000 people of all ages – in schools, community centers, and performance halls. DDW performed at the opening celebration of Benaroya Symphony Hall in Seattle, and on the steps of the Lincoln Memorial in Washington, DC. While performances were focused geographically around the Pacific Northwest, DDW ranged far a field, performing for communities in California, Vermont, Nevada, New Mexico, Florida, Alaska, Texas, the District of Columbia, Germany, and southwestern Canada.

In 1994, Diversity Dance Workshop performed at the Celebration of Frankfurt in Germany, sparking interest for the later formation of a European workshop. Robin Campbell joined DDW for the 1994/95 season, and after completing a year-long U.S. tour, was paired with another troupe member to establish what is known today as Diversity Dance Theater Europe, based in Langenhain, Germany. Due to DDT’s inspirational performances, there are now over 80 Diversity Dance groups in Europe.

Justice Beitzel joined Diversity Dance Workshop in 1995, and played an active role in its success by taking on such roles as Bookings Coordinator, Company Manager, and Artistic Director. Justice took the concept around the world, starting other dance workshops in Africa, Costa Rica, Germany, Kosovo, and all over the United States. She has also been integral in developing and maintaining the tight-knit community of DDW alumni, bringing them together for various performances and events over the years.

In 2003 Diversity Dance Workshop was forced to close their doors due to the ripple effects of 9-11. Tighter controls on immigration and travel restrictions, as well as a plunge in funding for the arts made it virtually impossible to continue this important social service. However, due to the wide community of its supporters, the excitement of youth hoping to apply to DDW, and the continuing requests for performances, Justice and Robin have combined their talents and energies to meet these demands. Together, along with a loyal group of community supporters, they continue to extend the healing principles of unity in diversity and breathe new life into one of the most inspiring educational dance concepts to come along. As ajusticenetwork, they are proud to carry on the spirit and repertoire of Diversity Dance Workshop through Splinter Dance Company.